Gold Mining: An environmental disaster on our doorstep 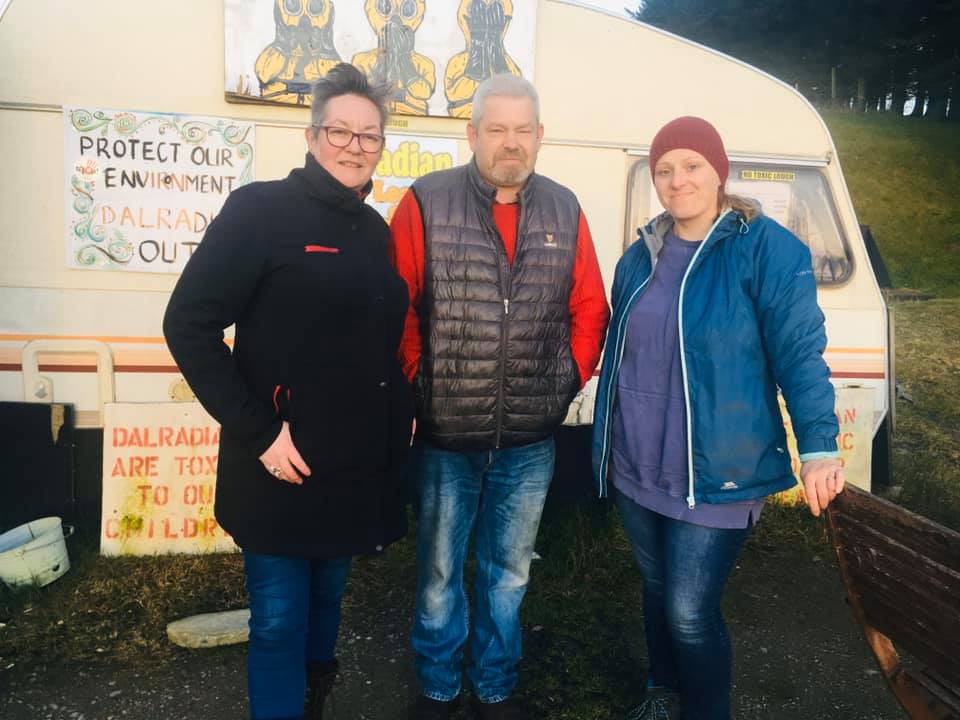 The Sperrin mountains are one of Northern Ireland’s best kept secrets. An unspoilt landscape of breath-taking views, it is not surprising to learn that this is an AONB - an Area of Outstanding Natural Beauty, which includes a Special Area of Conservation and an Area of Special Scientific Interest. The Beaghmore Stone Circles are an ancient wonder and the OM Dark Sky Park and Observatory at Davagh Forest is one of only 78 places around the globe with official International Dark Sky accreditation.

What you may find surprising is that it is also the location of the proposed development of a large gold mine, close to the small village of Greencastle, Co. Tyrone, in a townland called Curraghinalt.

International mining company, Dalradian Gold Ltd, submitted what is the single largest planning application in Northern Ireland in November 2017, for what can only be described as a mining development on an industrial scale. At 900 metres deep, removing 1,700 tonnes of rock per day and a 53-meter-high mining waste facility, the local community are facing a David and Goliath battle to prevent the development becoming a reality.

Designated a project of regional significance in Northern Ireland, the Minister for Infrastructure formally announced a long-awaited public inquiry. There are concerns around the scope of the inquiry and these concerns are not unwarranted. The Department has recently contracted a consulting firm previously engaged by Dalradian to review part of the very same planning application, which does not augur well for transparency and equity.  It is vital that the Department properly protects the public interest and to take account of the voices of thousands of objectors. The public inquiry into Dalradian’s application should require full disclosure of the company’s interactions with ministers, officials and MLAs if it is to be an opportunity for unbiased and impartial consideration of the impacts of the project.

The mining industry is one of the most environmentally and socially damaging types of land use and is a major contributor to environmental destruction globally as demonstrated most recently by the Brazilian Brumadinho dam disaster in January 2019 resulting in the death of over 260 people.  The economic evidence from around the world also demonstrates that these industries extract wealth from local economies and can also adversely affect jobs in tourism and agriculture and leave long-term problems with often irreparable damage that has a negative impact economically.

However, currently over 500 prospecting licences have been issued across the island and government departments both North and South have been promoting Ireland as ‘open for business.’ Mining is a threat to the whole island, aided and abetted by every level of government.  What is clear is that the economic benefit of gold mining will be accrued by international investors rather than the community immediately affected, or the region more widely.  With enough gold already in circulation globally, and Northern Ireland's extractive industry frequently falling short of legal requirements, the strategic argument for this development is weak.

Over the past six years opposition to the development has grown and anti-mining groups have been campaigning across the country, raising awareness of the devasting impact this development could have on the environment. This includes potential leaching of highly toxic contaminants and heavy metals (such as arsenic and lead) into the rivers and water systems, as well as air pollution caused by toxic dust and emissions from heavy goods vehicles.

So effective has the campaigning been that there have been an unprecedented number of objections to the planning proposal – 90% of the 41,000 written submissions to date.  Environmental activism is thriving, and anti-mining groups are across the country are fighting to protect their communities. This has included taking a successful Judicial Review against the Northern Ireland Environmental Agency (NIEA) in 2019 regarding their discharge consents.

The Green Party NI will continue to support the campaigns in opposing the planning application for a gold mining development in the Sperrins and cease the granting of exploration licences for precious metals and minerals across Northern Ireland.  From Tyrone to Donegal, Cavan, Louth and Monaghan, the message is clear – keep it in the ground.

Susan Glass is the Green Party NI candidate for West Tyrone, and a committed campaigner against mining and fracking.