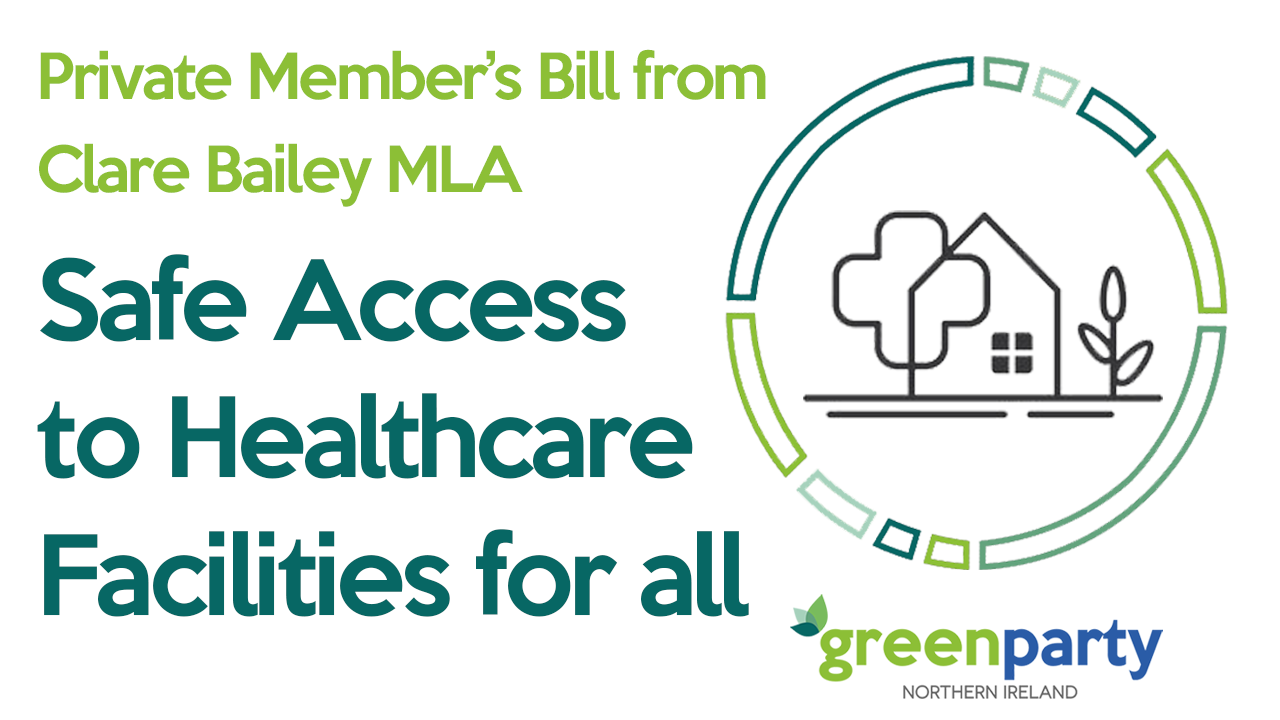 The Green Party NI Leader said: “It is unacceptable that anyone is harassed or intimidated for simply trying to access or deliver healthcare, as has been the case at hospitals and clinics across Northern Ireland.

“The deliberate and concerted campaign of harassment and intimidation against women for exercising their right to seek healthcare has to stop.

“During my time as a clinic escort with the Marie Stopes clinic I have experienced this behaviour first-hand. I was spat at, splashed with holy water, called a murderer, and I witnessed women run into oncoming traffic to try and escape the intimidation. This needs to stop, this is not protest.

“Health trusts have reported the need to employ extra security personnel, install reinforced glass windows, staff being recorded as they go about their duties, and the continued need to reorganise where services can be safely delivered without interruption.

“The extent of the campaign of intimidation was again demonstrated during the committee stage of this Bill, when two Department of Health officials had to give evidence anonymously due to a threat made against another official.

“Following scrutiny from Stormont’s Health Committee, and discussions with the Department of Health, I have tabled amendments to strengthen the legislation, which I hope all MLAs will support.”