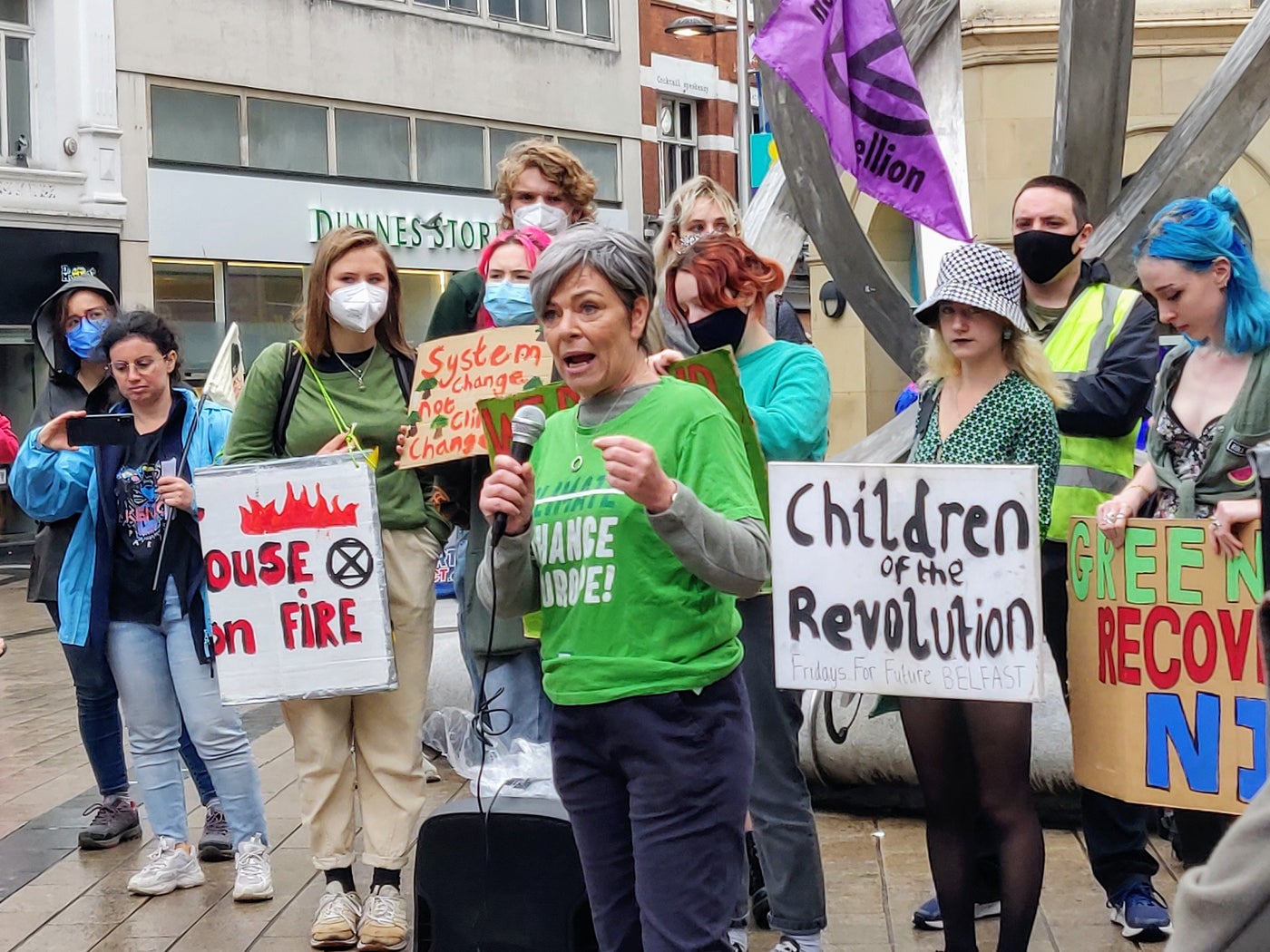 Clare Bailey MLA has welcomed the progression of the Climate Change (No.2) Bill, which completed Consideration Stage in the Assembly today (Monday 7th February), following over 20 hours of debate and votes in the Assembly.

The Green Party NI Leader said: “A clear majority of MLAs have made it clear that they support robust and ambitious climate legislation for Northern Ireland. We will have a net-zero Climate Change Act for Northern Ireland, in whatever form it takes, because people want it, and the climate emergency demands it.

“The Green Party NI has secured majority support for 12 significant amendments to the Bill, including ensuring that it includes a net-zero emissions target, a Just Transition Fund for Agriculture, and independent oversight in the form of a Northern Ireland Climate Commissioner.

“It was not so long ago that climate denial was rife in Stormont. I never thought we would see the day where we had such consensus across the political spectrum that action on climate change was urgent and necessary.

“The voice of the people has been heard. The will of the Assembly has been recorded. I hope that the Minister will respect democracy. It’s time for a Climate Change Act for Northern Ireland.”